New tools in the fight against lethal citrus disease

Scientists are closer to gaining the upper hand on a disease that has wiped out citrus orchards across the globe. New models of the bacterium linked to the disease reveal control methods that were previously unavailable.

Simplified metabolic model and its striking similarity to a road map. (Metallo&Vander Heiden)

In this case, researchers created the first models of the bacterium associated with Huanglongbing or HLB, also known as citrus greening disease. The team’s work is described in a new paper published in Nature’s npj Systems Biology and Applications.

The research team made models for six different strains of the bacterium known as CLas and doing so enabled them to identify as many as 94 enzymes essential for the bacterium’s survival. These enzymes can now be considered targets for the creation of new antibacterial treatments. 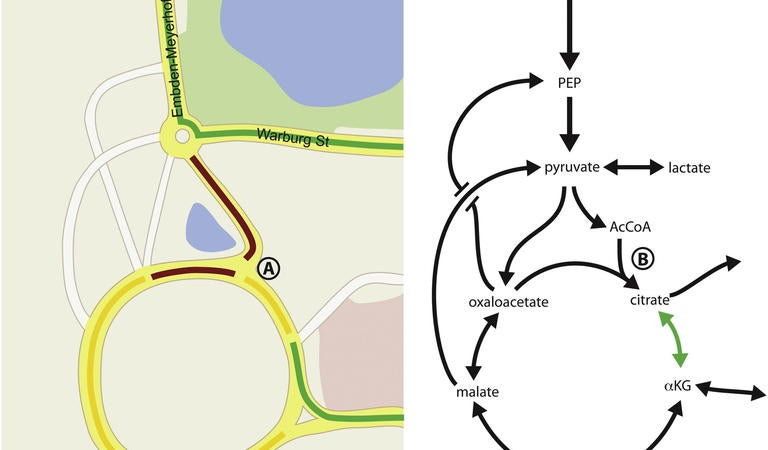 In addition, the team identified metabolites required for the bacteria to grow.

Knowing the metabolites needed for CLas’ growth could enable scientists to cultivate it in a laboratory setting. It is not currently possible to grow CLas on its own, hindering scientists’ ability to study it and ultimately to manage it.

This UCR News article was written by Jules Bernstein and can be read in full here.

Share This
More News
Let us help you with your search