From a UCR Office of Technology Article, published February 11, 2022.

The National Academy of Inventors (NAI) have elected IIGB researchers, Hailing Jin and Anandasankar Ray, as senior members of the academy. 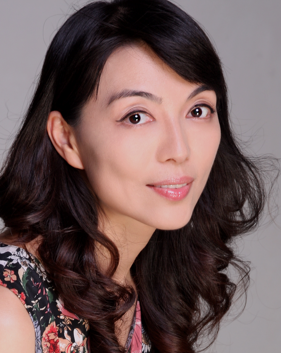 Dr. Hailing Jin is currently Professor and Cy Mouradick Endowed Chair within the department of microbiology & plant pathology. Dr. Jin’s research leads to the development of innovative and environmentally friendly crop protection strategies to safeguard both global food security and human health. She holds 5 issued US patents (and 7 additional pending applications) on technology development for plant protection against infection by fungal and bacterial pathogens. A subset of her IP described the revolutionary RNA-based new generation of fungicides. These RNA agents have the potential to protect grapes, lettuce, strawberries, tomatoes, onions, flowers, and other vegetables and fruits from infection by eukaryotic fungal or oomycete pathogens. She has also adapted innovative nanotechnologies to optimize these new generation of fungicides for disease control. Another subset of her IP described the discovery of a novel class of SAMP, which can kill various bacterial species more rapidly and effectively than antibiotics. SAMP has the potential to control HLB, as well as the potato zebra chip disease. Since the first report of HLB in Florida in 2005, citrus production in Florida decreased by 74%. Current management strategies using insecticide application to control the transmission vector and antibiotics treatment could not control HLB effectively. Greenhouse trials demonstrate that SAMP not only effectively reduced bacteria titer and disease symptoms in HLB-positive citrus trees, but also induced innate immunity to prevent and inhibit infections. Most of her IP portfolio has attracted industry partners for either licensing. 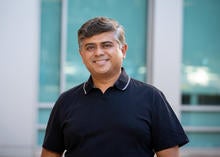 Dr. Anand Ray is a professor of molecular, cell, and systems biology. After completing his bachelor’s and master’s degrees in India, Ray attended Yale University, where he received his doctorate in molecular and developmental biology in 2005. He joined UCR in 2007, focusing on the neurobiology of olfaction — or smell — in insects.

Ray is best known for developing integrated approaches with neurophysiology and chemical informatics to study small molecules that interact with transmembrane proteins like odorant receptors. His lab has made several important discoveries including odorants and small molecules that can alter the behavior of insects.

Ray’s lab is also a pioneer in digitizing discovery of new, safer flavors and fragrances for use in food and cosmetics, which led to the launch of a groundbreaking discovery platform called SensoryAI. His recent discoveries have focused on using machine learning to help identify small molecules against a variety of human diseases such as Huntington’s disease, cancer, and COVID-19.

In 2016, he founded Sensorygen Inc, a startup developing next-generation broad spectrum insect repellents as protection from malaria, dengue, and other diseases. Ray has also worked on developing odor-based repellents to help protect against agricultural insect pests — research that can reduce dependence on toxic pesticides.

To read the complete UCR article with additional UCR recognitions, please use this link .

Share This
More News
Let us help you with your search